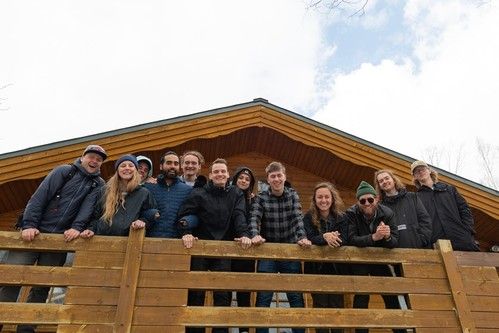 - John K.
To prepare for our time in Japan, we learned about the culture, some of the language, and had a general idea of what we would be doing. But despite all of the preparation we still knew we were going to an area where ministry was going to be difficult and not everyone was going to be receptive to the Gospel. But when we arrived in Niseko, our first stop in Japan, we fell in love with the city and the people. We knew it was going to be a blessing for us and others in the community.

The town of Niseko and its people were fun to talk to, pray over, share the mountain with. But the best was when we were able to open our home up to them. In our time here, we were able to do this a multitude of times with different people. Each of them had their own stories, were at different stages of life, and had different outlooks on their relationship with God. They made our time in Niseko memorable and will have a lasting impact on our hearts. We will remember them as we look back on our time in this wonderful city.

But out of all these events and encounters and many amazing people, our time with Rui stands out.

Rui is one of the locals we met in Niseko and we became very close with him. We joined him on the mountain, shared the Gospel with him, and opened our doors to him numerous times. The first time was when Jordie and Bastian met Rui on the mountain and invited him over for dinner. Thank goodness for google translate! We had a lot of conversations, speaking and typing into the app and passing it back and forth as the technology translated us and allowed us to make a friend despite not speaking each other’s language. We had a lot of laughs. We also were able to share the Gospel with him. From then on, Rui was constantly in the picture. On the mountain, at our house, and in the community.

Throughout our Discipleship Training School, God has blessed us with amazing relationships, finances, and gave us the ability to prepare for our time in Japan. And when we arrived in Japan these blessings from God only continued. From friendships, open hearts, and an amazing home, God was part of it all. We are thankful for the relationships we built in Niseko, the work we were able to do in the village, and the people we were able to share God with.
Posted in DTS, Missions and Outreach
Tagged with author: John K, sdts, DTS, japan, missions