The Bible's Effect On Bryan

-Andrew H.
Bryan Appelt has been working with YWAM around the world for the past 26 years. Most notably, Bryan staffed and led many Schools of Biblical Studies (SBS) for a total of 17 years between Kona, Hawaii and Vancouver, BC. In 2017, Bryan and his wife KJ pioneered The Bible Effect, a ministry which creates a variety of explainer videos and resources for understanding the Bible and its historical background.

In October, when we set out to highlight Ending Bible Poverty on our social media, I knew immediately that I wanted to hear more from Bryan about his journey with YWAM and The Bible Effect. I was blessed to have an amazing talk with Bryan, and today I am privileged to be able to share some of that conversation with you!
Andrew: Bryan, you were a part of the School of Biblical Studies (SBS) for many years. When you think back to your relationship with the Bible before being an SBS student, and after you graduated, what is your most key takeaway?

Bryan: Before my SBS, the Bible felt massive, confusing, and overwhelming. But through SBS, I could make sense of it. I didn't understand it at all, (I still don't) but at least I could begin to make sense of it. Then it was not this mysterious, big book. I could see there is a context to the Bible, that I can follow it, and I can learn it. It's not that this was a strength of mine before SBS, but it suddenly became a very doable thing. That was something that radically changed in me during SBS.
Andrew: I want to fast forward a bit to what you're doing now. SBS was clearly transformative for you, and I know you wanted to be able to share that with others as you staffed SBS for 17 years. So tell me, how did the idea for The Bible Effect develop from that experience?

Bryan: Well, one of the great opportunities of SBS was to teach others Inductive Bible Study. We would go on outreach, and we would teach in churches and anywhere we'd get opportunity. Often we would teach Philemon, teaching basic observation, and the historical background of the book, which for many people was as eye opening for them as it was for me.

The response to these teachings was almost always the same though. I could almost anticipate the response. The response was often “This is great, now how do I get this for other books?” And I could never give a satisfying answer.

In an English speaking environment, I might direct them to some Bible dictionaries, which can provide a good starting point. But those dictionaries can be $30, $40, or $50, and that would turn many people off because they don't want to pay for it.

Then when we get to the non-English speaking environments, it becomes a ghost town in many languages. Especially when you get into the languages where Christianity is just emerging, there’s virtually nothing when it comes to biblical resources. If there is something available in those languages, it is either prohibitively expensive for people, or almost impossible to find.

And I think that's an injustice. If God has given the Bible for us as a gift to know Him more and to know truth, then I think everyone should be entitled to that truth and to know it. We have so many excellent resources that are locked behind a paywall or a language, making it inaccessible for most people, and that has always bothered me.

So about 10 years ago, I was watching YouTube in the early days of explainer videos, and there was one which explained physics in roughly 3-5 minutes. They gave a little teaching with some Visuals, and suddenly I understood something I hadn’t before. And I thought, “Man, if we could do this for the Bible, that would be awesome.”

A short while later, Bible explainer videos were beginning to be made, but there still seemed to be a need for more videos on the historical background of the Bible.  I realized, in the SBS, Historical Background has often been one of our strengths. As well, in YWAM we have many languages, and people are very willing to translate and produce content because they're missional. Between these two realities, I realized there's still something that God is calling us to do. 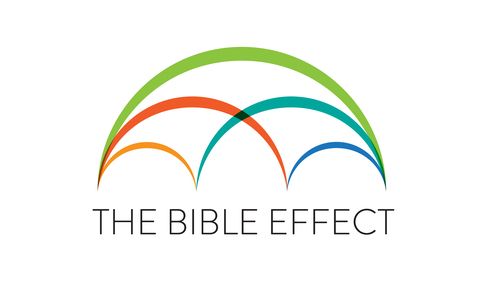 Andrew: So when and how did The Bible Effect officially come to be?

Bryan: In the summer of 2017, myself and my wife KJ began researching, testing and understanding the process of how to bring these teachings into a video format, and began to connect with people who can do animation. It was a very slow process at first. In 2018, we were able to add an illustrator, a creative director and an animator to our team. Then in 2019, we were finally able to launch our first two videos, and the momentum has carried since.
Andrew: How many videos have you now created, and how many languages are they in?

Bryan: So far we have created 10 animated videos which explain the Historical Background of 11 books of the Bible. In addition, if there are difficult passages or important topics in a book we would like to further explore, we have created short, live-action explainer videos.

As for languages, we’re at 13 languages right now, and there's more coming! Many people have been willing and committed to helping us bring this content to other languages. And if there are others out there who would like to help translate content to other languages we would love to connect with them and explore those possibilities! There are thousands of languages, and we would love to provide content for each of them!
Andrew:  This month on social media, we are focusing on the topic of Ending Bible Poverty. What contribution do you think The Bible Effect is bringing to this endeavour?

Bryan: Well, I hope that we are empowering people to read and understand the Bible for themselves. Understanding the Bible is something that should be accessible for everyone. As an SBS student with just a few tools, the Bible became knowable, and I think that should be the experience of everyone. That everyone should realize that the Bible is knowable, and understandable. And I think at The Bible Effect, we can help provide these tools to a vast group of people, so that they can be empowered to discover and understand scripture for themselves.
Andrew: So what is the plan and vision for the future of The Bible Effect?

Bryan: For the time being, we're continuing to create videos for the historical context of every single book of the Bible. Currently working on Romans and Hebrews.

Further in the future we would also love to do a Bible overview series that gives people more understanding of the overarching narrative throughout the Bible, and there’s many topical teachings we’d love to do as well. But I think the biggest need for now is the historical context of each book so that is our current focus.
Andrew: How can people be involved or give?

Bryan: Right now, one of our biggest needs is for people to give to The Bible Effect. We are fortunate to be able to make each video at a small fraction of the industry rate, because we're YWAM volunteers, but every video still costs us a fair bit of money. And when we have the money, we can produce our videos quicker, because we can outsource some of our animation.

So that is our biggest need right now. On our website, we have avenues for people to give which are even tax deductible in Canada and the US. So we encourage people to check those out here on our website.

Aside from that, viewing and sharing our content, especially some of our non-English videos, is greatly appreciated as we hope for these resources to be accessible to as many people as possible.
You can learn more about The Bible Effect, access their resources, and donate to them at their website: www.TheBibleEffect.com

*This Main Channel features the languages of English, Spanish, Portuguese, Korean, Nepali, Norwegian, and Mandarin. The languages of French, German, Italian, Bahasa Indonesia, Japanese, and Tamil each have their own individual YouTube Channels for The Bible Effect.
Posted in Bible Poverty, CSBS

The Bible's Effect On Bryan
What is Bible Poverty?
Why We Came + Why We Stayed
"Go And Serve" When You Can't Go
Being a Disciple

2021
October
What is Bible Poverty?
November
The Bible's Effect On Bryan
2020
January
Is Studying the Bible Worth It?
February
Our Divine Responsibility
April
Hope In the Unknown
May
Are We All In the Same Boat?Being a Disciple
June
"Go And Serve" When You Can't Go
August
Why We Came + Why We Stayed
2019
March
We Get To!
May
Making Friends6 Questions To Ask + Survive CSBS
June
Caught Between Two WorldsPlay the Background
July
Welcome To Sustainable Soapbox
August
Definitions Debunked
September
Losing Home, Finding Jesus
October
He Who Made Me
November
Make Your Life a Mission TripCertification Labels Explained
December
'Tis the Season