Am I the Right Guy for the Job? 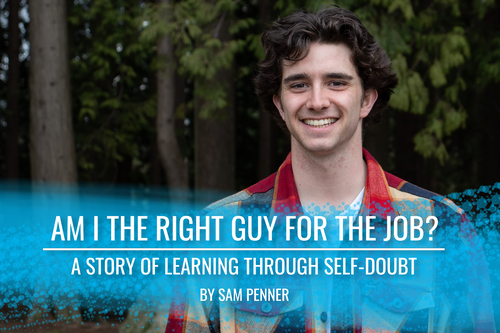 I’ve just finished my first year working full-time with YWAM Vancouver as part of the Discipleship Training School staff team. When the school started in January, I was struggling with a lot of self-doubts, thinking that I was not good enough or that I didn’t have gifts that would help the school. Since I was younger than most of the students, I found it tough to speak up about my own opinion or give words of advice. At times, I would be told to lead something but would worry whether the students would respect me or listen to what I had to share. I often found it hard being the youngest one at every meeting. Sometimes it would also be hard to hear about other people’s relationships with God because I’ve never had the experiences they have. I was doubting all the time if I was the right guy for the job.

But throughout the DTS, the students were always very encouraging. When I didn’t think I was doing well, the students would tell me I was doing well. Some of my favorite moments with the students were going to Cityreach where we would help distribute food to low-income families, and when we would go snowboarding and skiing. We had some of the best discipleship conversations driving up to the hill or on the chair lift. I loved working alongside the students, getting to know them better and serving the community together.

When we learned that we were going to Nepal for our outreach I was excited to go, but I still struggled with nervousness and self-doubt. I had never been overseas before so I had no idea what to expect. I was excited to see something I had never seen before but with that came some fears - fears of the time change, flights, foods, different culture. It was a very big culture shock and definitely took some time to get used to.

The people in Nepal were so friendly, hospitable and lots of fun to be with and the students continued to be encouraging. Malcolm, one of the students I had been helping to disciple, asked me to baptize him in a river. In another village, I was asked to preach at the local church. I was very nervous before going up to speak, but afterwards, as all of my friends encouraged me, I felt really good. 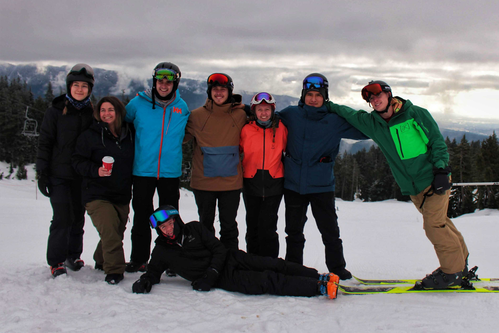 Throughout this school, I’ve learned many lessons about leadership. I learned that age doesn't always matter. I don’t always have to be at one hundred percent. If I am not one hundred percent, my team has my back. We learn by trial and error. Everyone has a different way of leading, so you don’t have to compare. God has given our staff team different gifts and our team is unique. You have to be willing to do any job before telling someone they should do it. And good communication is very important!

Through all the ups and downs, it was an amazing DTS. I’m so thankful for how God has been faithful in my life and through all the memories and stories that I now have from this past school. I’ve been so blessed to have such a great community to help disciple me and help me grow into a better man of God. I can’t wait to see what God has in store for the rest of my life and the next DTS!
If you're interested in joining our next Discipleship Training School, find more info and apply on the Kingdom Justice DTS page and the Snowboarders + Skiers DTS page.
Posted in DTS, Mission Trips Outreach, Missions and Outreach